By Khayakazi Mbunyuza on 13th July 2021 in News

We are very pleased to share the good news that Fay Hodza, PhD, has been appointed to lead the Global Teachers Institute as the Executive Director from 1 July 2021. 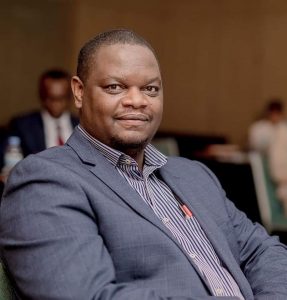 Fay describes himself as “Passionate about creating, delivering, and scaling up educational opportunities for students of all ages in both formal and informal settings”. He is “… a firm believer in education as a powerful tool for changing the world for the better.” Fay is a “…transformative, and impact-oriented academic leader, manager, and human development, enthusiast.”
We believe that he is joining a like-minded team committed to his same stated vision underpinned by parallel beliefs and commitments. Fay is a Zimbabwean citizen, now a South African permanent resident transferring back to Johannesburg from Rwanda. He has been the Academic Director and Chair of the Curriculum Committee for the African Leadership University.

Fay served as the Sociology Unit Head at African University in Zimbabwe for some years before being awarded a Fulbright Scholarship from 2008 – 2010. From August 2008 to May 2012, Fay was a Teaching Assistant and PhD candidate in Human and Community Development at the University of Illinois at Urbana-Champaign. During this time, he was the worthy recipient of the Susan Kahl Bates Leadership Development Award, College of Agricultural and Consumer Sciences at UIUC, and the Rita and Arnold Goodman Fellowship, Women and Gender in Global Perspectives Program at UIUC. He lectured and later served as an Academic Manager at Monash University [2013 – 2020].
Fay is a noteworthy scholar and has several articles and research papers published across a wide range of societal issues. Particularly noteworthy is a chapter in the book, “A Reflexive Inquiry into Gender Research.” The chapter is titled: “Beyond Heteronormativity: Doing Gender and Sexuality in University Contexts.” 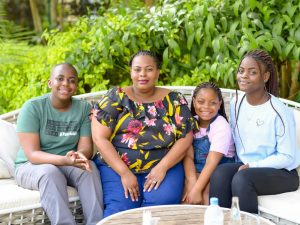 Fay is a committed and caring family man. He and his wife Prudence have three children, all of schoolgoing age. We wish Fay and his family a smooth relocation to Johannesburg, and we will do all we can to make this possible. We invite you to join us in welcoming Fay to the Global Teachers Institute! We have an exciting pioneering history. The GTI is now well-positioned to consolidate and grow our impact in the education ecosystem in South Africa and Sub-Saharan Africa. We have confidence that Fay will take the GTI forward to new levels of impact in African education.

Thank you for your ongoing support and interest in the important work of the Global Teachers Institute. We are excited about the future of education in Africa. We remain committed under the leadership of Fay Hodza, supported by the GTI Board and the GTI team, to inviting, inspiring, and developing large numbers of reflective, transformative, and effective 21st-century African education leaders in the years ahead. 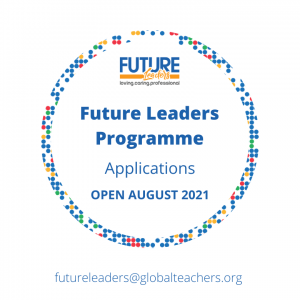