Our Mission
Our mission is to develop reflective, empathetic, socially responsible master teachers for high-need African schools through school-based initial teacher education programmes, projects and interventions for replication and scale.

Our Vision
At the Global Teachers Institute, we envision quality teachers facilitating learning that creates a just, equitable and inclusive world.

2008 – The Beginning
The work of the Global Teachers Institute began years before it was officially launched in 2017. The seeds of GTI were planted in 2008 when staff members at the LEAP Science & Maths School began experimenting with alternative ways of training and developing new teachers for their growing network of schools. Principals were struggling to recruit qualified and quality teachers. They found that many recent graduates required several years of additional support, ‘unlearning’, and were unequipped for schools and classrooms’ reality. They took a chance on a teacher internship, where student-teachers would study for their Bachelor of Education through a long-distance University programme, allowing them to spend most of their time in schools. In contrast, they studied, worked with a mentor, assistant teaching, and supported extra-curricular activities while earning a stipend.

That same year LEAP formed a partnership with Teach With Africa (TWA), a US non-profit organization empowering students and teachers in a reciprocal exchange of teaching and learning in Africa and the US. As part of the partnership, the student-teachers for a one-month internship, Future Leaders Using the trip to improve their professional practice, expand their cultural understanding and challenge South Africa and the African continent’s misconceptions. Future Leaders returned to South Africa noticeably transformed, both personally and professionally. TWA reciprocated the exchange by sending fellows from the US to South Africa, and after several years a robust international network of educators was forming in both contexts.

2009: The Future Leaders Programme Forms
The experiment quickly took off and became attractive to prospective students and to staff as a viable pathway for developing new teachers for the network. In 2009 the Future Leaders Programme was officially formed. The programme aimed to recruit 10% of LEAP matriculants into the teaching profession and to develop future teachers and, eventually, school leaders for its school network. While the programme’s broad strokes were becoming clearer – university coursework through a distance learning university, in-class mentorship and teaching practice experience – the programme remained in an experimental phase with only a few interns in a single school in Cape Town.

2013: A New Vision for Teacher Development
As the work of Teach With Africa and the LEAP Science & Maths Schools continued to grow and the value of grounding teacher development within the international context became more essential, valuable and effective, the two entities explored ways to amplify and grow this work. What emerged was a vision for a South African-based organization focused on developing world-class teachers, who were globally-minded, well equipped and excited for the reality of South Africa’s most challenging classrooms. In 2015 and 2016, the Extraordinary Schools Teacher Education Pilot was launched in collaboration with BRIDGE and the South African Extraordinary Schools Coalition as a precursor to the launch of GTI. Incorporating work and learning about working with mentors and in-service teachers, from the LEED project and Champion Teachers Programme, the concept for GTI was being born. This coincides with the first annual Future Leaders Summit, which would grow into the Aspiring Teachers Summit and, eventually, the Global Teachers Summit in subsequent years.

2017: Launch of the Global Teachers Institute
In 2017 the Global Teachers Institute was officially launched as a non-profit organisation (NPO) and public benefit organisation (PBO). No longer incubating within the LEAP Science and Maths Schools, GTI established its own board led by executive board chair John Gilmour and relocating to new office space in Cape Town and Johannesburg. This coincided with the preparation for expanding the Future Leaders Programme into government schools the following year. 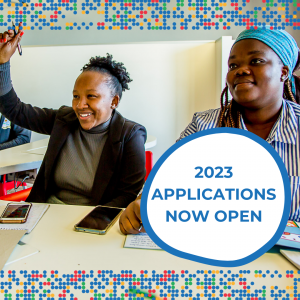